Read the important myths from the mighty gods who dominated Viking pagan worship, like Thor the giant slayer and the mysterious, one-eyed Odin. Be shocked by the earth-shaking treachery of the trickster Loki, and discover the secret of eternal youth. Learn how they believed the world was created, and how it is predicted to end. The mystery behind ancient Viking Age carvings are also explained. Myths such as Thor fishing up the World Serpent, Sigurd slaying a dragon, Odin riding an 8-legged horse, Gunnar condemned to death in a snake-pit, and many other extraordinary stories. This is an accessible, meticulously researched introduction to the oral tradition passed down since the Viking Age. Based on the oldest texts, Vikings Myths and Sagas is authentically interpreted and retold by a highly-acclaimed storyteller. Hardcover. 367 pages.

Be the first to review “Viking Myths & Sagas” Cancel reply 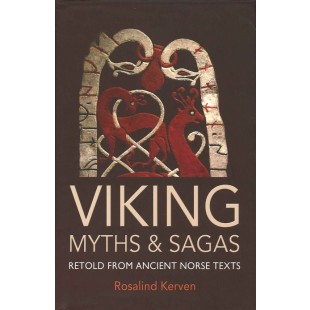